Why Would Anyone Want to Reduce Their Accent? 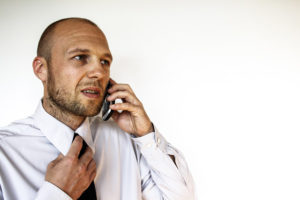 We often discuss the sensitive topic around the accent reduction services we offer. In fact, we love your accents and prefer to call it “accent modification,” but as it turns out, you search for it as reduction and Google won’t let you find us if we don’t too!

We were recently inspired by a segment on NPR where a few different people were interviewed in regards to their accent. The segment featured a Bostonian who chose to modify her regional accent, an immigrant who needed accent modification to be better understood for work, and a Southerner who was deeply offended by the idea of it.

Growing up in Boston, Louie Cronin didn’t like how the accent made her and her choir-mates sound when they were singing. She thought “we sound stupid, we sound really dumb” as they sang “Try to Remember the Days of September” without the Rs at the end. She pursued accent reduction and successfully speaks (most of the time) with a neutral American accent. And she’ll be the first one to criticize a Bostonian accent.

Ilya Nassanov from Estonia grew up speaking Russian. He came to New York to work for a bank, and the extra second it took people to translate his English into their English was a professional challenge. So he sought out accent reduction coaching. Many immigrants point out the difficulty of getting or keeping jobs if their accent causes a communication challenge.

On the other hand, an east Tenessee corporation offered accent reduction so their employees could “be remembered for what you say, and not how you say it.” The organization was unsuccessful because the employees were offended by the suggestion they needed accent reduction. Tennessee resident, Todd Matthews was interviewed. Confirmed in the interview, Todd likes his accent and pointed out that if it was suggested that someone from up north was in need of a similar class, it would be unacceptable.

The Reality of Accents in Today’s Society 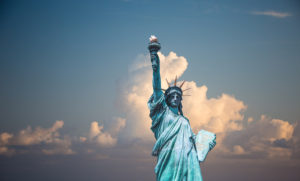 We would hope that by the year 2018, accents would not matter in our society at all. Provided the communication is clear, there should be no other judgment. However, that is just not the case. While we often work with clients who are struggling to be understood, the reality is that even if they were understood they could face some uphill challenges due to their accent.

Unfortunately, optics and perception are real. When listening to someone with a thick Long Island, NY accent, you are not going to be thinking how warm and fuzzy they are. When someone with a long southern drawl is speaking, you may not perceive that they graduated from M.I.T. These examples are especially true in today’s global world where people from every region are working together across distances and in person.

We can NOT and would NOT want to eliminate your accent. However, we have helped many clients who were facing uphill battles at work and socially due to the unfortunate optics, stereotypes, and judgments made based on their regional or foreign accents.

Learning how to alter your accent or reduce it is an individual decision that only you can make. With customized help from a licensed speech-language pathologist, you can learn how to neutralize your accent when the setting calls for it. To get started, take our online assessment or give us a call today, we offer in-person and online classes. 704-845-1605